From reducing inflammation to preventing Alzheimer’s disease, turmeric is a spice that’s truly worth its weight in gold. Here’s what you need to know about this golden spice, including 8 turmeric health benefits.

If you’ve ever had curry, you’ve probably had turmeric — it’s the spice that gives curry its yellow color.

But there’s a lot more to this spice than it’s golden hue!

Here’s what you need to know about turmeric, including some amazing turmeric health benefits. 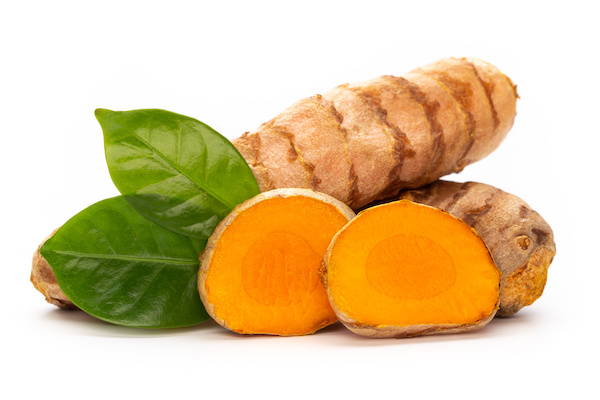 Also known as Indian saffron or the golden spice, turmeric comes from the curcuma longa plant. The turmeric root, or rhizome, grows underground and looks similar to ginger.

While you can find it in many Southeast Asian countries, India is the largest producer of turmeric and has been since ancient times. (Another fascinating fact: India consumes nearly 80% of the world’s turmeric.)

Turmeric has been used for medicinal purposes for more than 4000 years, especially in Ayurveda, the ancient Indian system of natural healing. In Ayurvedic practices, healers have used this herb to treat respiratory conditions, alleviate gas, improve digestion and relieve arthritis, just to name a few.

What makes this golden spice so powerful? Curcumin — the bioactive compound in turmeric.

TURMERIC HEALTH BENEFITS: 8 REASONS YOU NEED TO SPICE UP YOUR LIFE WITH TURMERIC

With over 13,700 scientific studies supporting turmeric’s health benefits, it’s hard to dispute this spice has super powers. Here are some of the top reasons why turmeric should be part of your diet.

Inflammation is the body’s response to injury and infection. It signals the immune system to respond by either treating or repairing the damage or to “prepare for battle” against invaders, such as bacteria or viruses.

While some inflammation is necessary (and even vital), chronic inflammation can lead to many chronic diseases, such as heart disease, type 2 diabetes, Alzheimer’s disease and even cancer.

Thanks to its curcumin compounds, turmeric is a natural anti-inflammatory — and a strong one at that. One study found that turmeric (and curcumin) is comparable to anti-inflammatory medicines with the added bonus of no side effects. (As a side note, the study also found aspirin and ibuprofen were the least effective.)

Inflammation and oxidative damage are two of the biggest contributors in the development of Alzheimer’s disease. Turmeric to the rescue!

In addition to its anti-inflammatory properties, research also shows curcumin could prevent the formation, and even break up, of the amyloid-beta plaques associated with Alzheimer's disease.

And while it may be anecdotal evidence, some believe India has the lowest rates of Alzheimer’s due to their turmeric consumption. (Another factor: they don’t eat the Standard American Diet.)

When it comes to certain types of cancer, it’s no match to curcumin’s anti-cancer properties!

From inhibiting cancer cell death, to reducing cancer growth and even preventing the spread of cancer, studies show that curcumin can do it all.

What’s more, less than ½ teaspoon of turmeric a day reduces the DNA mutating ability of cancer-causing substances. (This is one of many reasons why turmeric is on Dr. Greger’s Daily Dozen list.)

TURMERIC BENEFIT #4 — IT'S GOOD FOR ARTHRITIS

As I mentioned before, turmeric is a natural anti-inflammatory. And this herb has been used in Ayurvedic medicine to treat arthritis.

Curcumin was put to the test in a 2012 randomised study consisting of 45 patients with active rheumatoid arthritis. One group received 500 mg of curmin while another group received 50mg of diclofenac sodium (an anti-inflammatory drug). The results, which were published in the peer-reviewed scientific journal “Phytotherapy Research,” found the curcumin group had the highest percentage of improvement.

The study also notes: “More importantly, curcumin treatment was found to be safe and did not relate with any adverse events.”

Studies show curcumin could be effective in treating depression.

In 2014, researchers in India gave study participants Prozac, curcumin or a combination of the two. The result? Curcumin was just as effective as Prozac.

Two other studies, one performed on men and women and another performed only on men, had similar results.

Heart disease is the #1 cause of death in the world, claiming the lives of over 15 million people — but turmeric may help!

Curcumin has the ability to improve the endothelium — the thin layer of tissue that lines blood vessels. (Did you know? Endothelial cells, when laid end to end, could circle the Earth four times!)

TURMERIC BENEFIT #7 — IT HELPS WITH PMS

If you suffer from menstrual cramps or other PMS symptoms such as back pain and headaches, turmeric may provide some much needed relief!

In a randomized, double-blind study, women who received two capsules of curcumin every day for seven days before their period and for three days after for three successive cycles had reduced PMS symptoms.

TURMERIC BENEFIT #8 — IT'S GOOD FOR YOUR SKIN

Turmeric may not be a beauty berry like acai, but it can still improve the health of your skin health.

Curcumin is a powerful antioxidant and it has the ability to block free radicals. And thanks to its anti-inflammatory properties, it may be beneficial in treating psoriasis.

It’s also said the combination of antioxidants and anti-inflammatories helps bring out your skin’s natural glow.

HOW TO USE TURMERIC 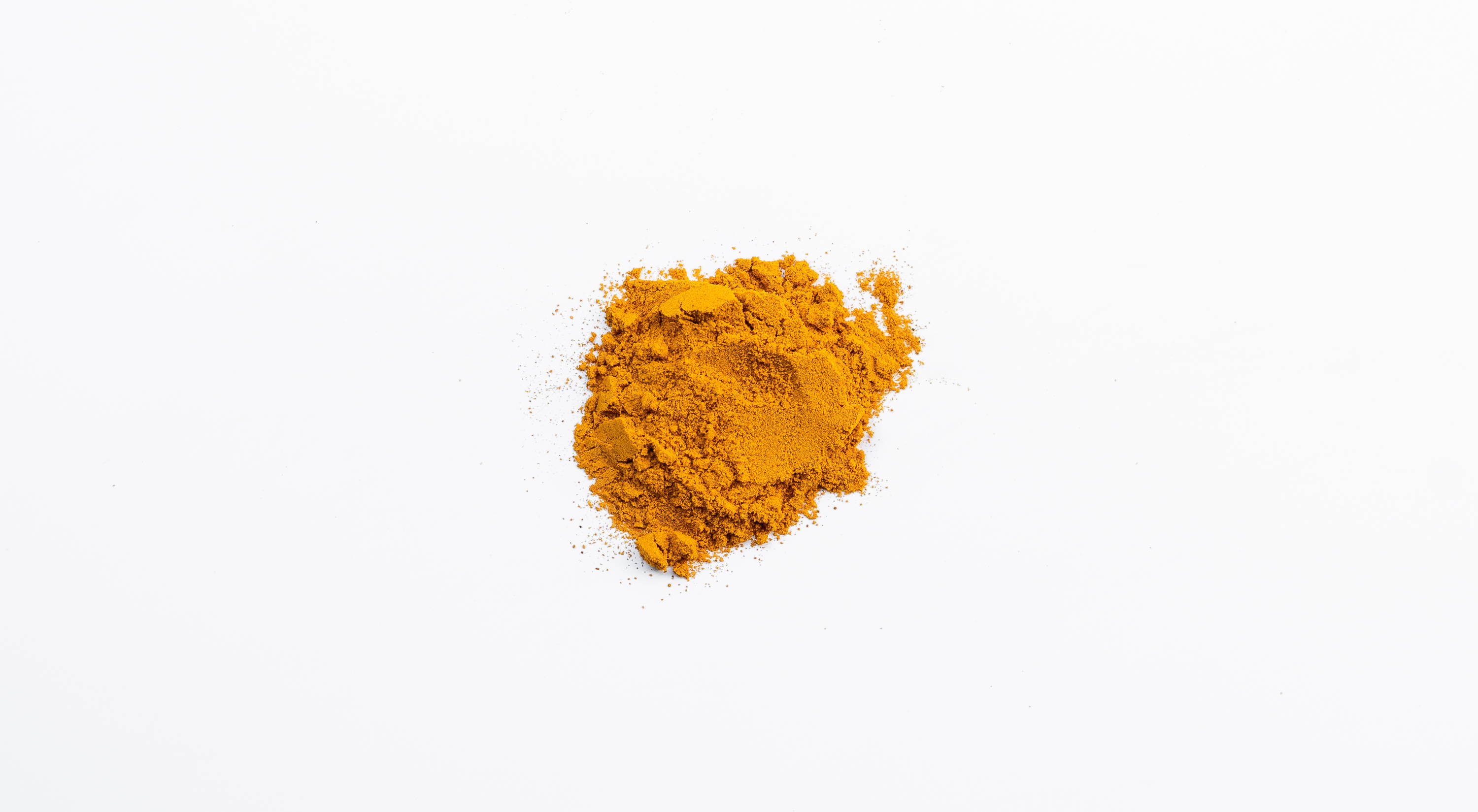 In Europe, you’re most likely to find turmeric in its powdered form. (Some specialty grocery stores may sell turmeric as a root, although it will probably be much more expensive.)

One downside to turmeric: curcumin is not very easy to absorb in the bloodstream. However, when consumed with black pepper, it increases the bioavailability by nearly 2000%.

Luckily, we include pepper in our limited-edition Golden Mellow mix!

As you could probably guess, this mix gets its moniker from its main ingredient: turmeric. This calming mix also includes four other powerful superfoods, including the adaptogen ashwagandha!

Adding one spoonful of Golden Mellow to smoothies, oatmeal, lattes, snacks and even hummus will help you find your calm in the chaos! 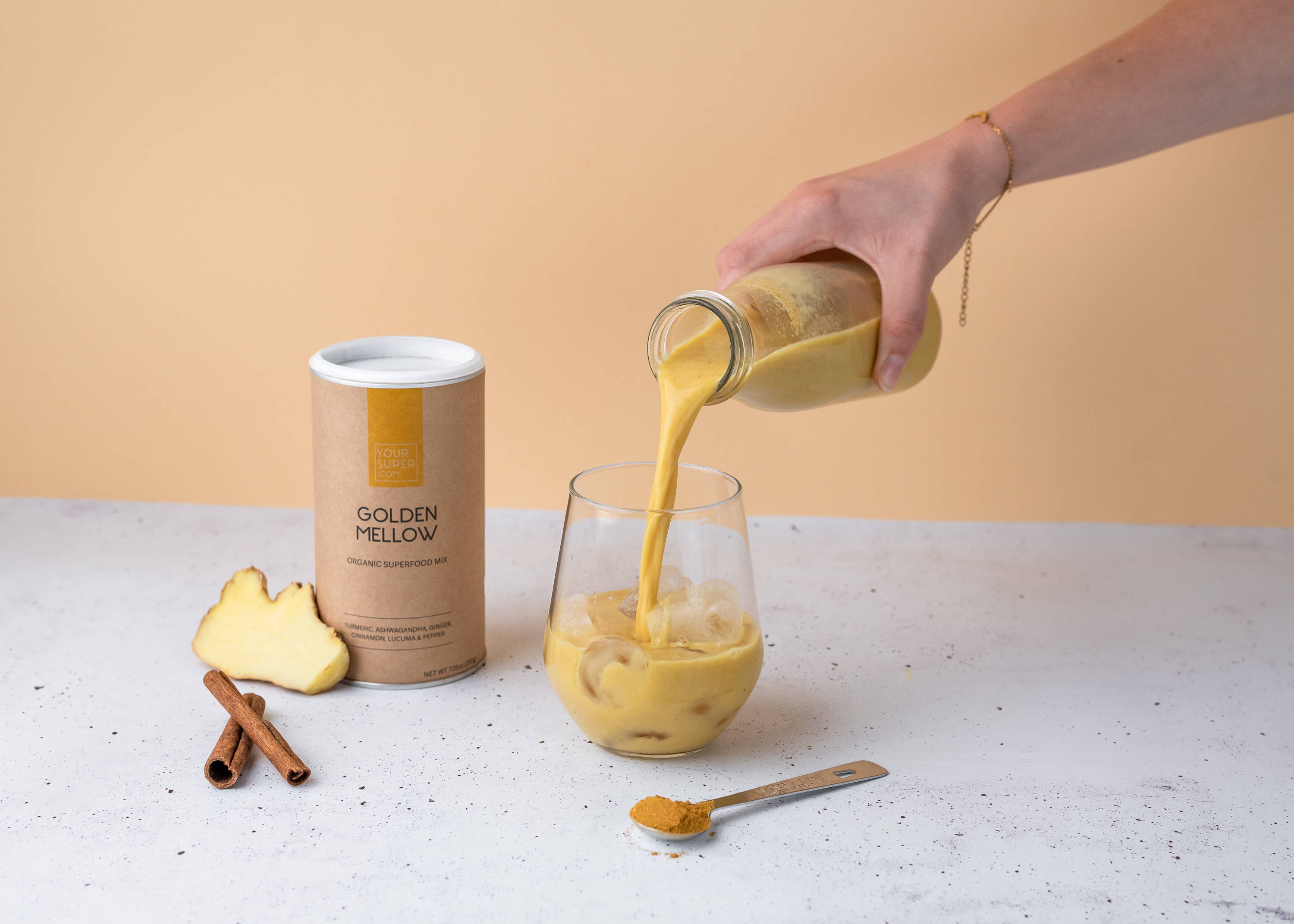 FIND YOUR CALM IN THE CHAOS WITH GOLDEN MELLOW!

Naturally reduce your stress & inflammation and get a better night's sleep. 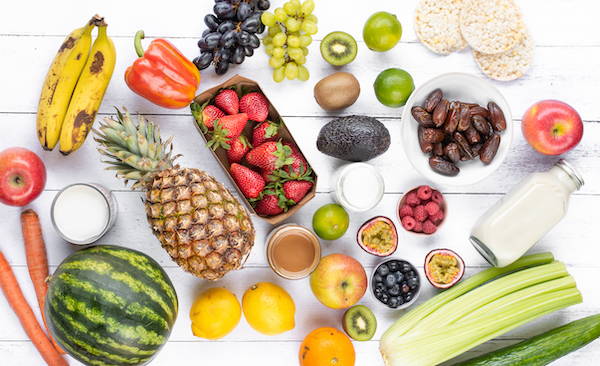 IS THE SUGAR IN FRUIT BAD FOR YOU? 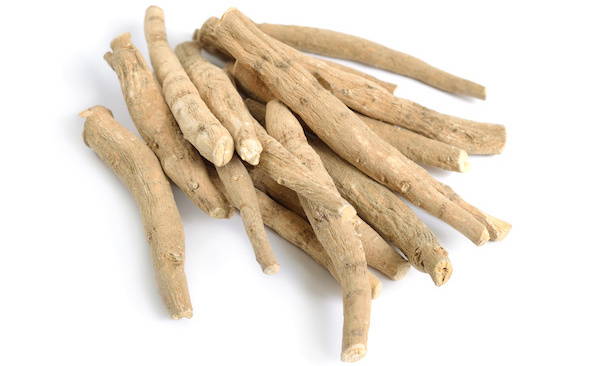 ASHWAGANDHA: THE SUPERFOOD THAT REDUCES STRESS!