7 WAYS TO ADD MORE GREENS TO YOUR DIET


Your mom said it best: Eat your greens! But most of us don’t eat enough of them every day! Find out why leafy greens are important for your health. Plus, 7 salad-free ways to eat more greens.

It’s not easy being green — or eating greens for that matter.

As adults, we know we should eat vegetables, but we don’t. In fact, 9 out of 10 humans don’t eat the recommended amount of fruits and vegetables — leafy greens or otherwise — every day.

So if we know we should eat them, why is it so hard!?

Unfortunately we live in a society where saying “Supersize it” is a lot more common than asking for more kale.

The good news is there are simple steps you can take to increase your intake of leafy green vegetables — and it doesn’t require you to graze in a field all day long or only eat salads!

WHY LEAFY GREEN VEGETABLES ARE IMPORTANT 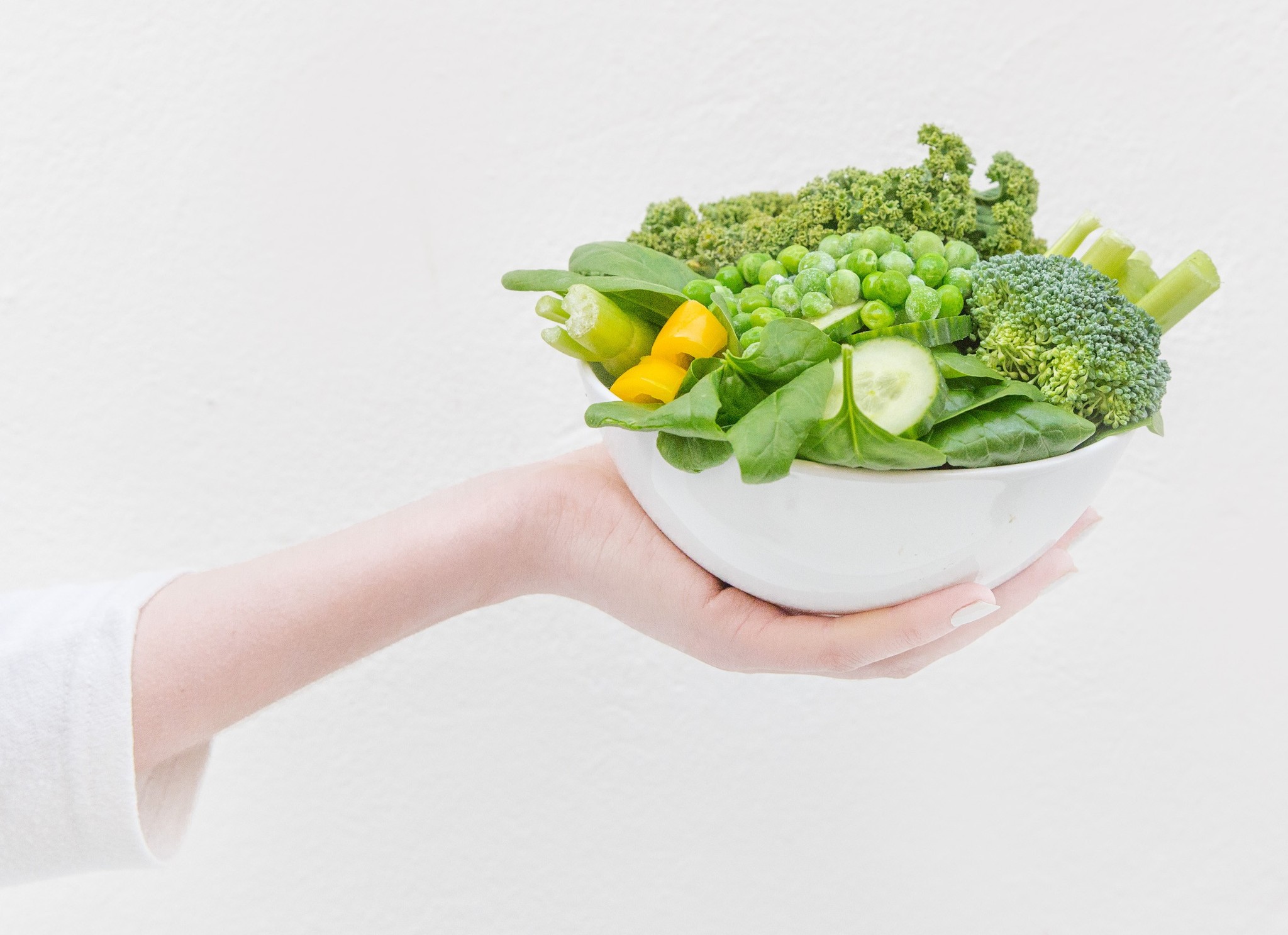 When you were young, did your mom ever tell you to eat your veggies? She may not have given you a reason why (if you were at my house for dinner you would have heard “Because I said so!” often), but she was right!

Green vegetables, and particularly leafy green vegetables such as kale, spinach, lettuce, chard and arugula, are some of the healthiest vegetables around. And multiple studies have shown that a diet rich in leafy greens can be super beneficial to your health and wellbeing.

Leafy green vegetables are lean, green, cancer fighting machines! Studies have shown that eating 2-3 servings of leafy greens a week may lower the risk of stomach, breast and skin cancer.

But what makes these unassuming veggies so powerful? Leafy green vegetables are loaded with carotenoids (e.g. lutein and beta-carotene) and antioxidants. These powerful micronutrients not only protect cells but also help block the early stages of cancer.

Leafy greens are also rich in folate, also known as vitamin B9. Folate is an important water-soluble vitamin that plays a role in cell division and helps make new cells by copying and creating DNA. Studies have shown that folate may reduce colorectal, esophageal and ovarian cancers.

The green pigment itself — chlorophyll — may also intercept carcinogens. In one study, chlorophyll bound to aflatoxins and prevented the absorption into the bloodstream.

LEAFY GREEN VEGETABLES ARE GOOD FOR YOUR BRAIN

Want to keep your mind sharp? Pile on the greens!

Leafy greens contain lutein, a nutrient your body can't make on its own, so you must get it through diet. A 2017 study found that middle-aged participants with higher levels of lutein had neural responses that were more on par with younger individuals than with their peers.

Greens have also been shown to combat against cognitive decline. In 2018, a study published in “Neurology” found 1 serving per day of green leafy vegetables may help to slow cognitive decline with aging.

LEAFY GREEN VEGETABLES ARE GOOD FOR YOUR HEART

Want to show your heart some love? Eat your leafy green vegetables!

Nitric oxide is made in the lining of the arteries, also known as the endothelium. Nitric oxide (or NO) helps the arteries relax, keeps blood pressure normal, prevents blood clotting, and resists the production of plaque in the arteries.

Leafy greens can also reduce heart disease — a disease that kills 1 in 4 people in the United States. An analysis of 8 studies associated an increase of leafy green vegetables with a 16% reduced incidence of heart disease.

LEAFY GREEN VEGETABLES ARE GOOD FOR YOUR EYES

We all know carrots are good for your eyes. But greens are too!

In 2016, researchers found that a higher intake of leafy green vegetables (which are rich in nitrates) was associated with a 20-30% percent lower risk of developing glaucoma — a condition that can lead to blindness.

Here’s a sobering fact: More than 30 million people in the United States have type 2 diabetes. What’s more, 1 in 4 of them don’t know they have it.

But did you know one of the best ways to treat and prevent type 2 diabetes is through diet?

Leafy greens are low in digestible carbs and have a low glycemic load, which is good for those with type 2 diabetes.

A 2010 study published in the “British Medical Journal” concluded that eating 1½ extra servings of leafy green vegetables a day reduces the risk of type 2 diabetes by 14%.

HOW MANY SERVINGS OF GREEN VEGETABLES SHOULD YOU EAT? 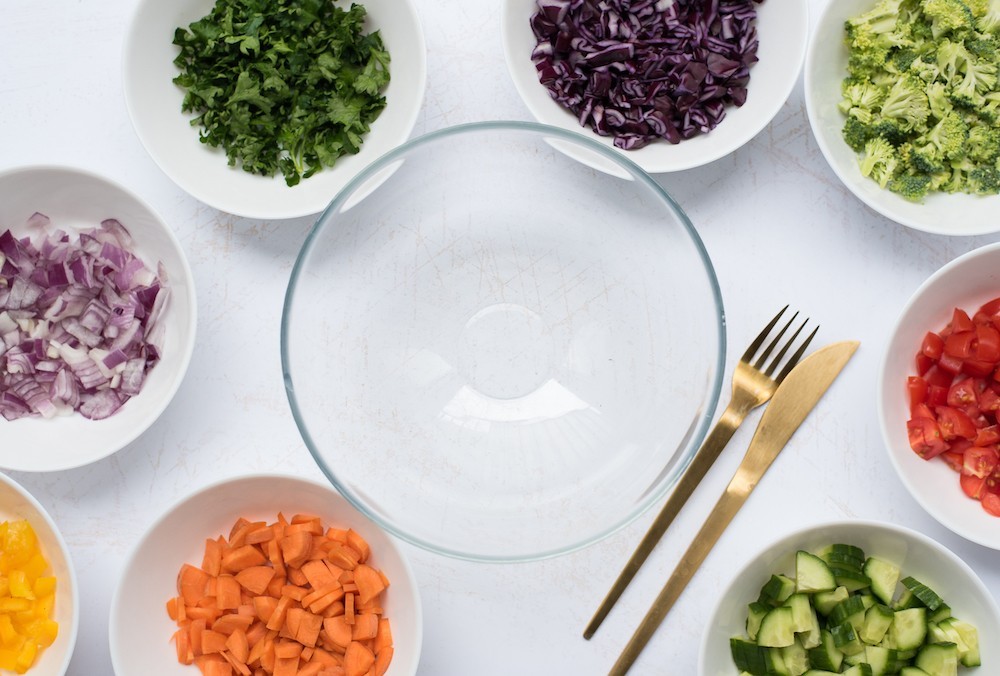 So how much greens do you REALLY need?

As of 2019, the USDA recommends eating 2-3 cups of vegetables a day and 1½ -2 cups of dark green vegetables a week. (The actual amount varies depending on gender, age and weight.)

However, due to greens not being very dense, you would need about 2 cups of raw greens to make equal a 1 cup serving of vegetables. You can count 1 cup of cooked greens as 1 serving.

But is that enough?

A 2017 study published in the “International Journal of Epidemiology” suggests eating 5 or more servings a day shows a major benefit in reducing the chance of heart attack, stroke, cancer and early death.

Researchers found eating up to 10 portions was associated with:

The science is mixed on this, but eating more fruits and vegetables than the recommended amount certainly won’t hurt you. 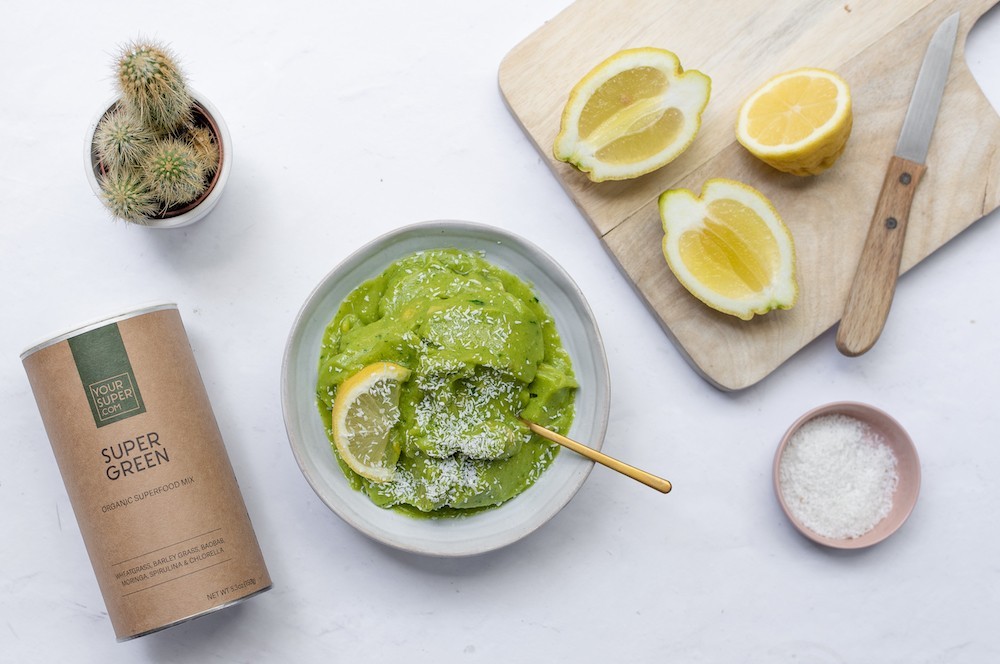 SMOOTHIES
We’re a HUGE fan of smoothies at Your Super. They’re one of the easiest ways you can increase the amount of fresh fruits, veggies and especially greens you eat on a daily basis. Some of our favorite green smoothies include the Super Green Smoothie and the Green Machine Smoothie.

JUICE
Like smoothies, juice is another option to increase your intake of greens — minus the chewing. For example, one glass of this Green Juice contains an entire serving of greens.

SOUPS & CURRIES
Greens aren’t just for smoothies and juices! We love sneaking healthy greens in soups and curries. This Detox Soup is a perfect example of how easy it is to toss some green goodness into your pot.

HUMMUS & DIPS
Vegetables, like carrots and celery sticks, are the perfect vessels for getting hummus and dips to your mouth. But why not kick your healthy snacking up a notch by mixing in some greens. We love this Avocado Dip and Green Hummus.

SAUCES
Getting your greens can be saucy! Like hummus and dips, greens can easily be hidden in sauces. This homemade tomato sauce will fool even the pickiest of eaters!

DRESSINGS
OK, I know we said these would be salad-free ideas, but we couldn’t not talk about salad dressings. Blending greens into your dressing, like we do in our Super Green Avocado Dressing, is a clever way to disguise your greens.

SUPERFOODS
Leafy green vegetables are great, but one of the easiest and fool-proof ways to increase your intake of greens is with superfood powders. One teaspoon of our Super Green Mix is the equivalent of one serving of greens. 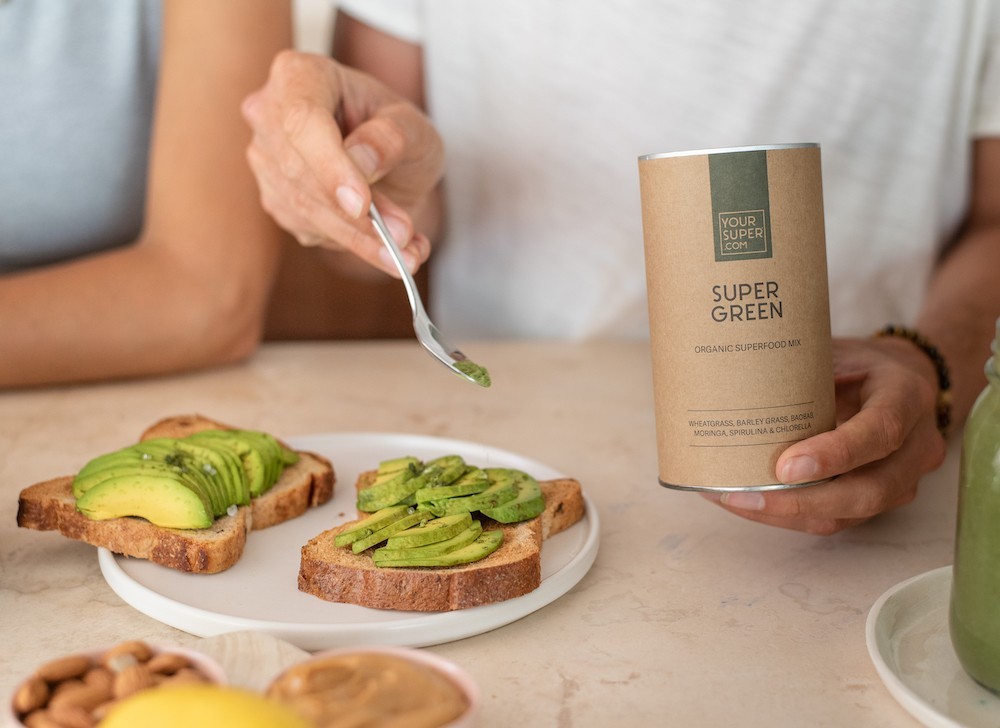 GET YOUR SUPER GREEN MIX TODAY!

Only contains 6 green superfoods - nothing else!