Chaga Mushrooms: All you Need to Know about its Benefits, Taste and Much More

Curious about chaga mushrooms and how they can benefit your health? Here's what you need to know about this popular functional fungus, including how you add chaga mushrooms to your diet. Mushrooms are having a moment — and I don’t mean button mushrooms or portobellos.

But what are chaga mushrooms? What are some chaga mushroom benefits? And more importantly, are they safe? Here’s what you need to know about this beneficial fungus!

What are chaga mushrooms?

While most of us think of capped mushrooms growing out of the ground, you’re going to have to look up to find chaga mushrooms.

Russian for “mushroom” and known scientifically as Inonotus obliquus, this fungus grows on the bark of birch trees in cold climates, like those of Canada, Siberia and Northern Europe.

Chaga mushrooms have been used for centuries as traditional medicine in Northern Europe and Russia to improve overall health as well as immunity. They would grate the mushroom into a fine powder and then brew it as an herbal tea. Today, chaga mushrooms are sold as a powder or supplement.

Chaga mushrooms may look like burnt charcoal on the outside, but on the inside? That’s where the real magic is!

According to the “International Journal of Biological Macromolecules,” a Chaga polysaccharide has “strong antioxidant activity for scavenging free radicals.” But what does that mean?

First, we need to understand what free radicals are. Free radicals are molecules are naturally produced in the body or through exposure to chemicals or environmental agents, such as pollution.

Because free radicals have a single, unpaired electron, they’re reactive and unstable. They’ll seek out other molecules to either take away an electron or give them their extra electron, which creates more free radicals. As a result, free radicals can cause damage and destroy our cells and DNA.

When too many free radicals are produced, that’s when oxidative stress occurs. According to Dr. Joel Fuhrman, oxidative damage “contributes to ageing of our body and diseases, such as cancer, diabetes, and heart disease.” 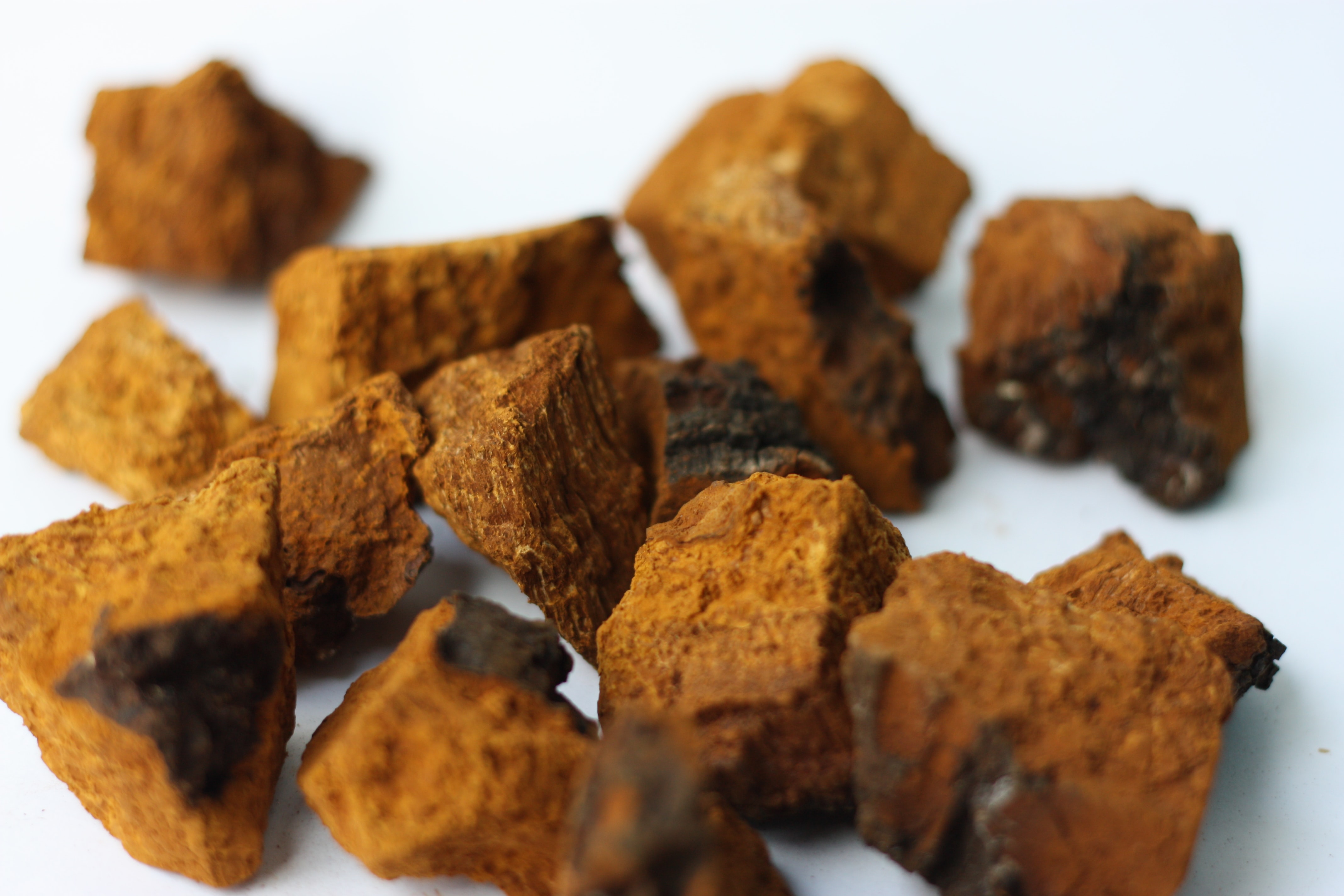 1. It may boost the immune system

If you’re looking to fight off the common cold or other illnesses, chaga mushrooms might help!

Another way chaga mushrooms can boost the immune system is promoting the formation of cytokines. These proteins are the immune system's chemical messengers and stimulate white blood cells, which are the body’s first responders to infections or bacteria and viruses.

2. It may have anti-inflammatory properties

Turmeric isn’t the only superfood that’s been shown to reduce inflammation!

Inflammation is the immune system’s defense mechanism against injury and infection. The immune system responds by either treating or repairing the damage or it signals the body to fight back against harmful invaders, such as bacteria or viruses.

Some inflammation is necessary, but chronic inflammation can lead to chronic diseases, such as heart disease, type 2 diabetes, Alzheimer’s disease and even cancer.

But research shows that chaga mushrooms can prevent the production of harmful cytokines.

3. It may help against cancers

While no one food can prevent cancer, multiple studies show chaga mushrooms have strong anti-cancer properties, especially when it comes to slowing the growth of certain types of cancer.

What makes chaga so potent? The mushroom contains the medicinal compound betulin, a type of antioxidant known as a triterpene. And studies have shown this compound has anti-cancer and properties.

More human studies are definitely needed, but the research that has been conducted so far seems promising. 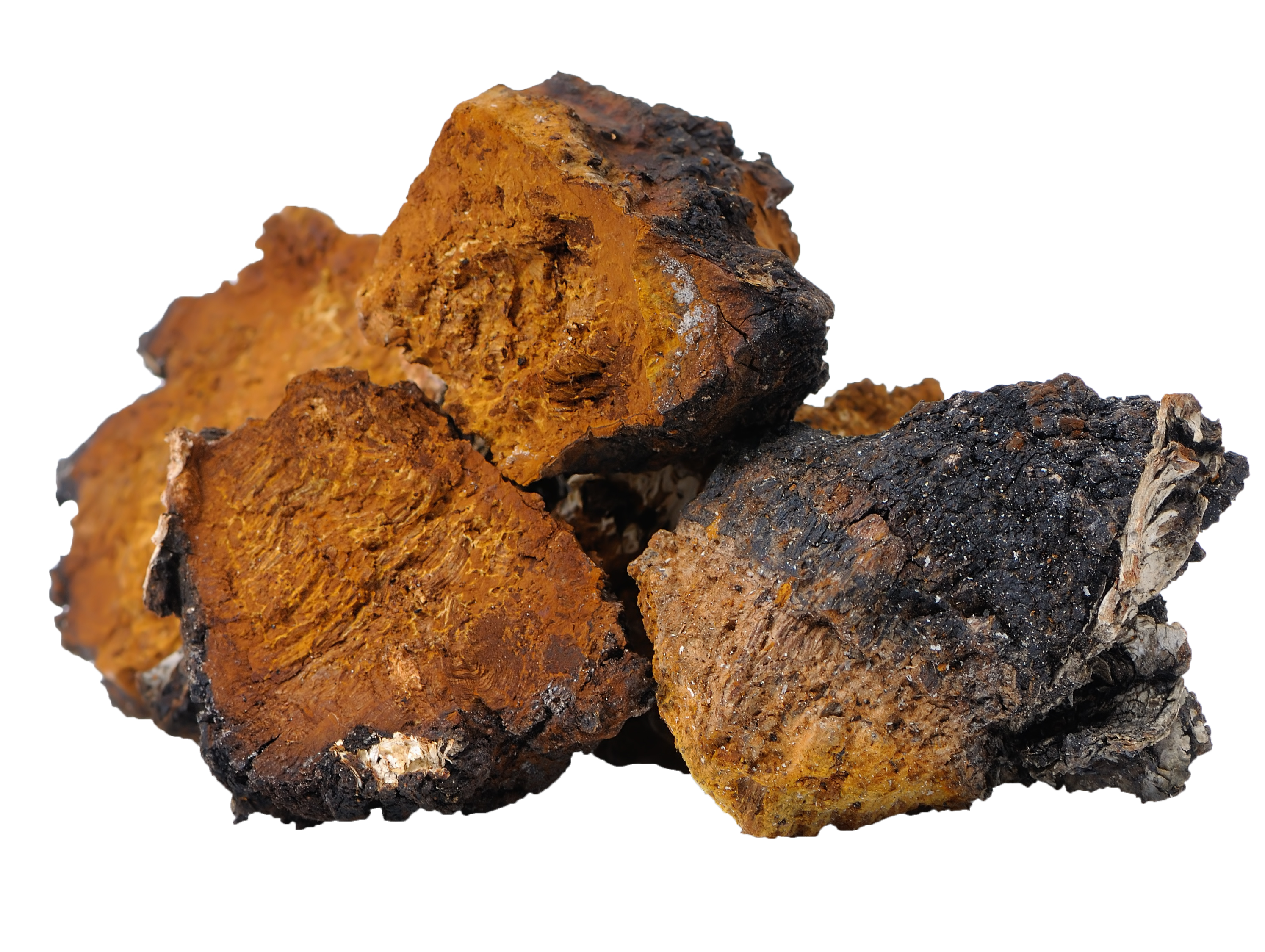 Chaga is a mushroom, so it must taste like the other mushrooms found at the grocery store, right? Wrong!

Chaga mushrooms do not taste like button mushrooms or portobello mushrooms.

The unwritten rule with food is, the higher the antioxidant content, the more bitter it will taste. And that couldn’t be more true for chaga mushrooms. They have a bitter and earthy taste.

This is why we add cacao and lucuma to our Magic Mushroom mix — it balances out the bitterness of chaga, but still retains the benefits.

Medicinal mushrooms, like chaga mushrooms, are often confused with psychedelic or “magic mushrooms.”

Chaga mushrooms are safe and legal to consume. Unlike “shrooms,” they don’t contain psilocybin; they won’t get you high or cause any psychoactive effects.

How to add chaga mushrooms to your health routine

1. With a comforting cup of hot chocolate

Think of this mix as hot chocolate with benefits: you get the flavour of chocolate from organic cacao with the added benefits of organic chaga mushrooms.

It’s the perfect mix to build a healthy and strong immune system while simultaneously managing your stress levels.

2. With an energising cup of coffee (alternative)

Switching from coffee to brewed chaga mushroom will help you reduce your caffeine intake naturally. Too much caffeine consumption can cause increased heart rate, insomnia, anxiety, nausea, and tremors, among other things.

Chaga mushroom is one of the 6 ingredients in the Super Brew mix. Together with high-quality organic lupins, chaga mushrooms, black tea, coconut milk and sea salt, you can make the switch from coffee quite enjoyable. The L-theanine found in black tea can also give you a cognitive boost - with 75% less caffeine!