Growing up as a professional tennis player, I had my first protein shake at age 12. Between tennis practice and condition training, I was working out about 20-25 hours per week. Because I was on the skinny side, so in addition to eating more, one of my trainers recommended I look into protein shakes for a faster recovery and lean muscle building.

After doing some research on where to buy something like this (online shopping wasn’t really a thing back then) my dad took me to this fitness bodybuilding shop. I will never forget the huge muscular guy who advised me on some vanilla protein powder and told me to blend it with milk and fruit in a smoothie. 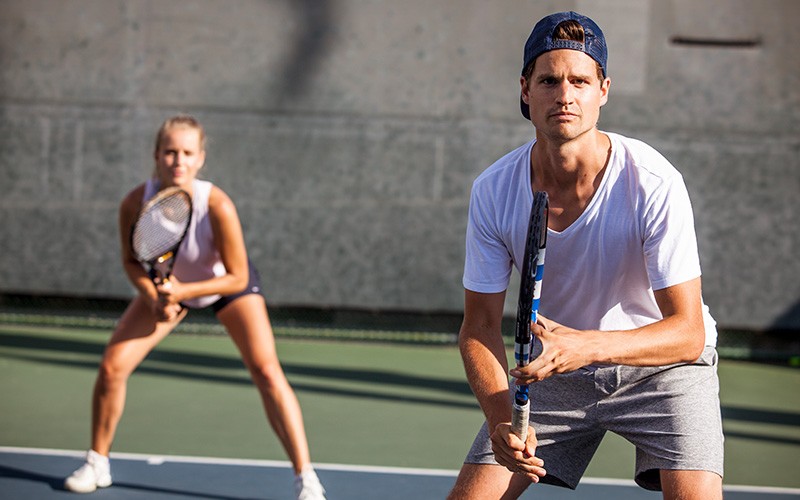 Every night, after a long day of practice, I would make a vanilla whey protein shake. And let me tell you, I did not like the artificial taste at all! I tried blending it with everything but it always resulted in me chugging down the shake as fast as possible with my nose closed. (And trying to convince my dad to drink half as I thought he could also use some muscles.)

Over the last few years I studied to become a certified, plant-based certified health coach because of my passion for a healthy lifestyle! I wish I knew at age 12 what I know now: how to read labels and understand where the ingredients come from. I had no idea what I was putting in my body!

Because I don’t want people to make the same mistakes I did, I’ve created a simple guide on what to look for when buying and using protein powders.

HOW TO CHOOSE THE BEST PROTEIN POWDER

The first step in choosing the best protein powder is to read the label. Sounds simple, yet so many get this one wrong. The most important information on the back of the food label is not the nutrition table, but the ingredients list. Why? Because it’s important to know what you’re putting into your body.

8 INGREDIENTS THAT SHOULD NEVER BE IN YOUR PROTEIN POWDER

WHEY PROTEIN (AND OTHER DAIRY PRODUCTS)
Have you ever pulled back the lid on dairy yogurt and seen the liquid on top? That’s whey — it’s one of two products that comes from making cheese (the other is casein). We love how eloquently Rich Roll describes whey protein: the highly processed, low-grade discard of cheese production.

One of the biggest complaints about whey protein is that it’s hard to digest. This is most likely due to the fact that it’s made from dairy. Considering 65% of the human population has a reduced ability to digest lactose after infancy, that makes a lot of sense. Dairy is also linked to a host of diseases, including cancer. One study also found whey creates insulin-raising effects similar to white bread.

SOY PROTEIN
Soy is a very controversial (and often misunderstood) ingredient. More than 90% of the soy produced in genetically modified.

HEAVY METALS
If you’re trying to build muscle, heavy metal is fine on your workout playlist — but not in your protein powder. In 2018, the Clean Label Project tested 134 of the top selling protein powders for toxins and the results were shocking! Many protein powders contained heavy metals (lead, arsenic, cadmium, and mercury). Too much heavy metal in the body can be toxic and cause poisoning.

BPA
Also known as bisphenol-A, this chemical is commonly found in plastics and food can liners. The Clean Label Project found 55% of the protein powders they tested contained BPA, which is a known endocrine disruptor.

VEGETABLE OILS
Vegetable oils, including soybean oil and canola oil, are primarily used as a thickener or a defoaming agent. According to Dr. Caldwell Esselstyn, vegetable oils lack any nutritional value and “contain no fiber, no minerals and are 100% fat calories.”

Did you know a lot of manufacturers “protein spike” their protein powders? This practice involves substituting protein with cheaper compounds that look like protein, but cost 10 times less.

SUGAR AND ARTIFICIAL SWEETENERS
Many protein ingredients, like whey, don’t taste very good on their own. So to make them taste good, manufacturers will add sugar or artificial sweeteners to make them taste better. Unfortunately, this can make what’s supposed to be a “healthy” ingredient to an unhealthy ingredient faster than you can do a squat.

So many people check for calories first, but all calories are not created equal. Instead of stressing and obsessing about the calories you eat:

ANIMAL PROTEIN VS. PLANT-BASED PROTEIN POWDER: WHICH IS BEST? 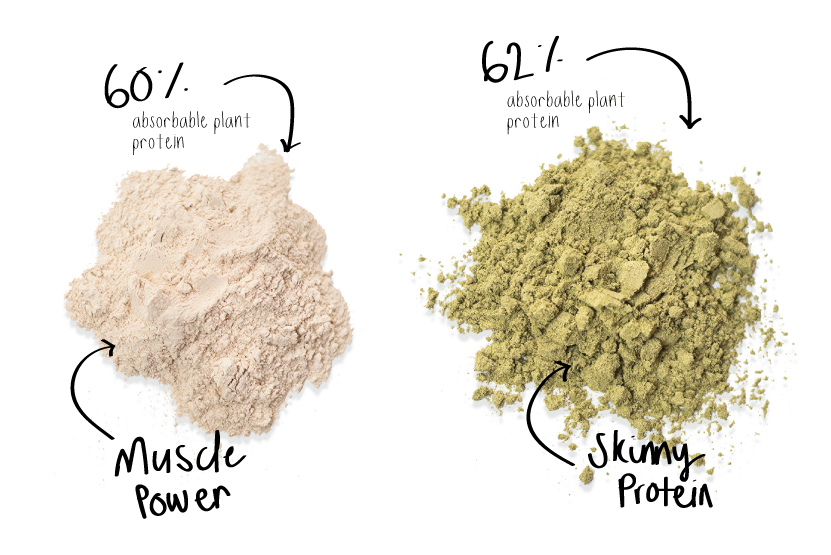 The #1 reason people choose whey protein powder is that it is a complete protein source, which means that it contains all 9 essential amino acids (the building blocks of protein). This is the most efficient way to build lean muscles.

Plant-protein does not always contain all essential amino acids, but this can be easily fixed by combining 2 different sources of plant protein.

Our bodies thrive on whole foods and know how to digest, absorb and heal itself with these natural ingredients. I lost a whopping 15 pounds after changing my diet when switching to clean, plant-based proteins at age 21. I also noticed that I recover faster after my workouts, have stronger muscles even though I workout less these days and my energy levels have increased, too!

My advice to you: Try different protein powders and see what works best for your body. We are all different after all. However, make sure to read the ingredient list and pick a truly clean protein powder.

HOW TO USE PROTEIN POWDERS

It’s important to understand why your body actually needs protein. Its main functions in the body are: repairing cells and body tissue, providing energy and creating some hormones.

On top of that, it can help you feel full for longer, speed up your metabolism and thus support the weight loss process.

It is really convenient to use no matter what protein powder you decide to buy. My favorite ways are:

I mostly use protein powders in my morning smoothie or breakfast almost every single day. Also, after really crazy heavy workouts I like to have a protein shake within 30 minutes after the workout. This is what works for me, but then again everyone is different. I know people who love taking it before a workout or at night before they sleep. Experiment with it and be conscious of how it makes you feel! 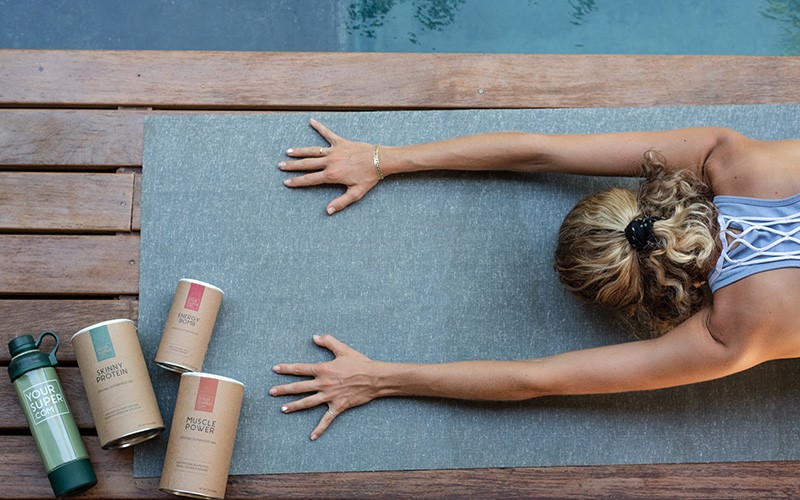 Now I know what the next question will be: which brand of protein powder do you recommend? I used plant-based protein powders like Sunwarrior and Garden of Life in the beginning of my journey; however, when checking the labels I still found sweeteners, binders and additives like stevia, xanthan gum, natural flavoring, etc.

I couldn’t believe there was no truly clean protein powder on the market. So I decided to create my own line of clean, plant-based protein powders.

Together with experienced orthomolecular nutritionists, we combined two plant proteins to have all essential amino acids. We also added powerful superfoods for optimal absorption and an extra portion of vitamins, minerals and antioxidants. 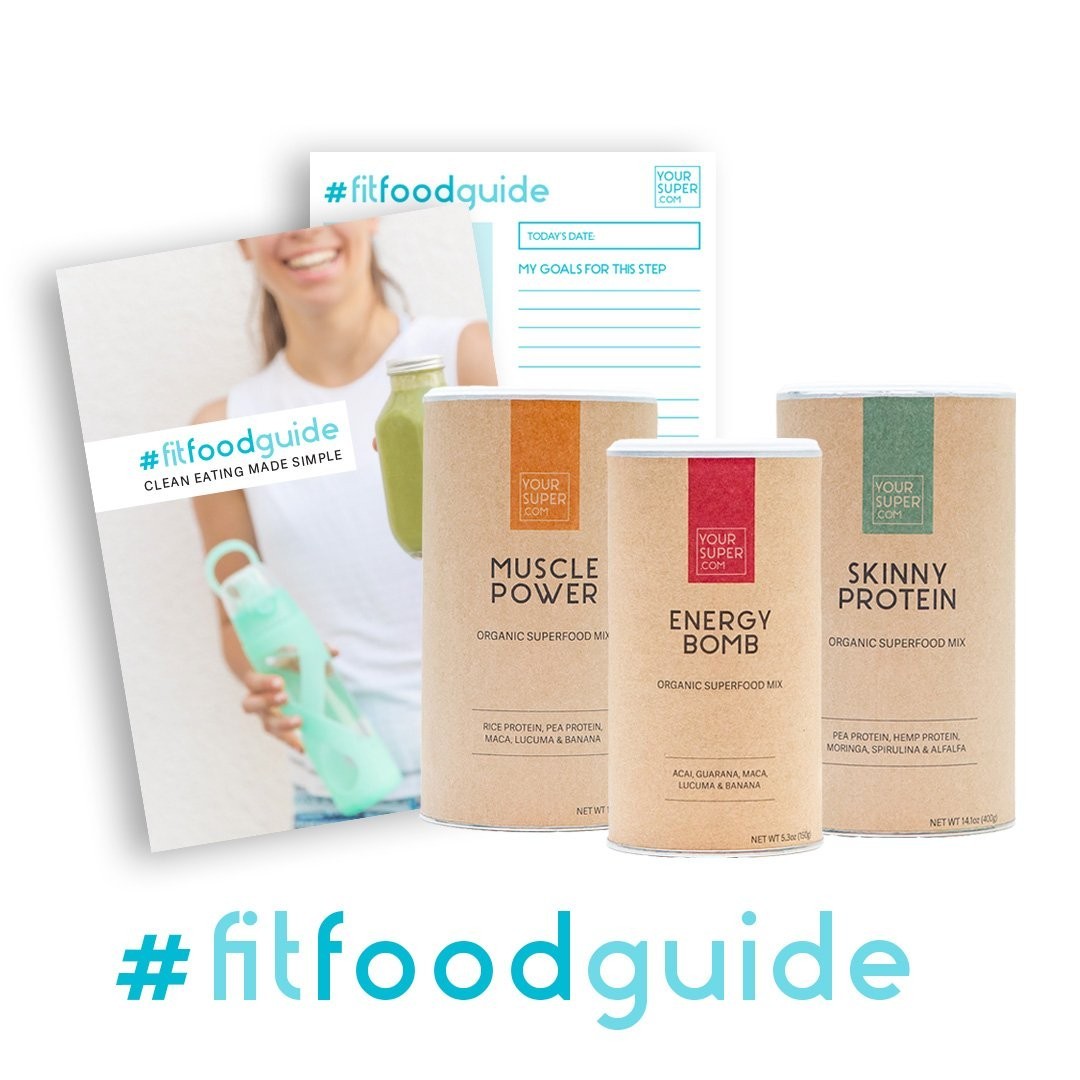 TAKE YOUR FITNESS TO A NEW LEVEL!

Become the fittest version of yourself with our clean, plant-based protein powders.