7 REASONS WHY YOU SHOULD DRINK MATCHA


Matcha green tea is all the rage, but what is matcha? And is it healthy? The simple answer is YES!

Since 2015, matcha has been rising in popularity amongst tea drinkers and Instagrammers alike.

But it turns out, matcha is nothing new. It’s actually been used in ritual tea ceremonies since the 12th century.

So why all the hype about matcha? Is matcha green tea actually good for you? And how can you add it to your diet? Read on to find out why this green tea is a matcha made in heaven... 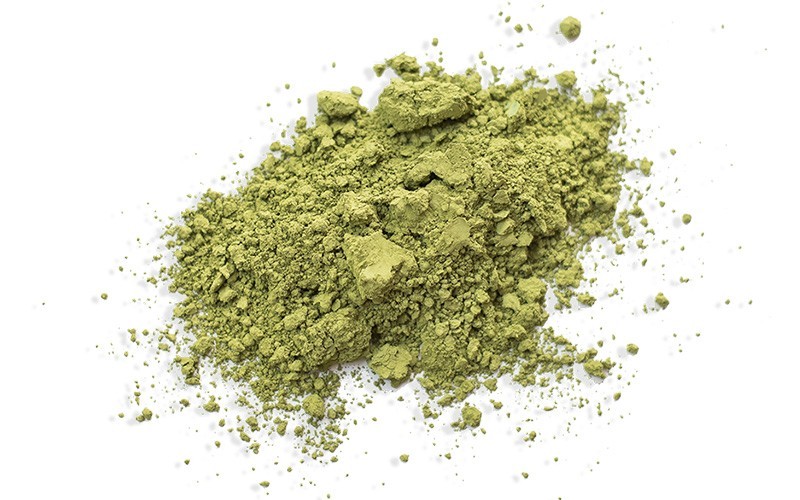 If you were thinking the word matcha means something special, think again. It literally means “powdered tea.”

Unlike regular green tea, matcha is shade grown 20-30 days before it is harvested. This process not only increases the amino acid content of the tea, but also the chlorophyll content which gives matcha its bright green color.


Because matcha is made from the entire tea leaf, it contains more caffeine than regular steeped tea — three times the amount, to be exact.

But how does matcha compare to coffee?

On average, one cup (8-oz) of brewed coffee contains 95mg of caffeine, although that number can vary greatly depending on the type of coffee. For example, 12-oz of cold brew can contain 150-240 mg caffeine.

Matcha, on the other hand, contains around 70-80 mg of caffeine per cup.

This process also prevents adrenaline and insulin spikes, which prevents the dreaded caffeine crash and drop in blood sugar. 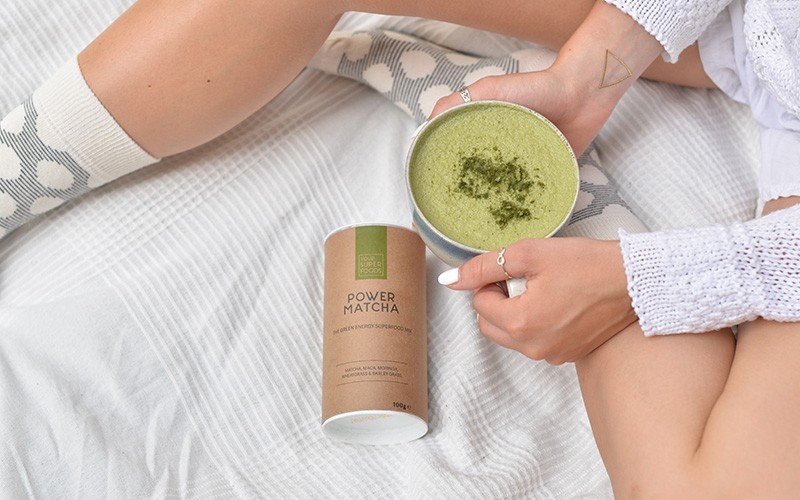 Need a reason to try matcha? How about 7? Fill your cup up with this green tea to experience these matcha benefits...

Good things come in small packages — and tea leaves are no exception!

Speaking of EGCG, multiple studies have shown this catechin is protective against many types of cancers.

According to the National Cancer Institute (NCI), EGC, ECG, and EC are also powerful cancer fighters. 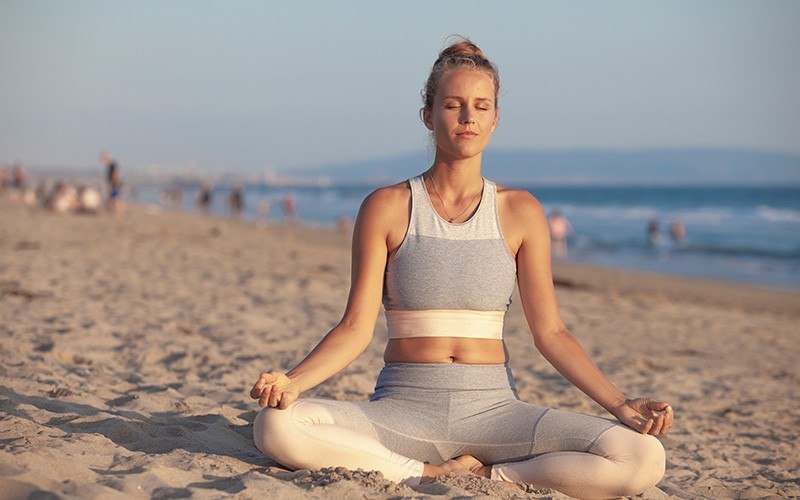 Matcha green tea contains L-theanine, an amino acid that puts you in a calm and meditative state. No wonder Buddhist monks have been drinking matcha for centuries!

Because matcha is shade grown, the L-theanine content in matcha green tea is 5 times the amount than other green teas (20 mg vs 4 mg).

Unlike the caffeine in coffee, when the caffeine in matcha green tea is combined with L-theanine, you won’t end up with the jitters. Instead, you’ll feel more calm and alert.

MATCHA BENEFIT #4 — IT CAN IMPROVE YOUR FOCUS & CONCENTRATION

The L-theanine and caffeine combo can also increase your focus.

In 2008, researchers tested the effects of cognition with and without caffeine. Participants were tested on word recognition, rapid visual information processing, critical flicker fusion threshold and attention switching.

The results, which were published in “Nutritional Neuroscience,” found L-theanine and caffeine improved both speed and accuracy of performance and reduced distraction.

Other studies have shown matcha is beneficial in sustained attention as well as memory.

Green tea is one of the best drinks for heart health — and matcha, which is a kind of green tea, is no exception!

Here’s how green tea (and matcha) can benefit your heart:

MATCHA BENEFIT #6 — IT CAN HELP YOU LOSE WEIGHT

Are you looking to lose weight? Matcha may help.

According to a 2009 meta-analysis of 11 different studies, researchers concluded there’s a link between green tea (specifically, the antioxidant EGCG) and weight-loss and weight management.

MATCHA BENEFIT #7 — IT CAN IMPROVE YOUR PHYSICAL PERFORMANCE

Forget Gatorade! If you’re an athlete, matcha is where it’s at!

Caffeine is commonly used as a stimulant in sports. And studies have shown, on average, caffeine can increase physical performance by 11-12%.

Caffeine can also improve physical performance by making the fatty acids in fat tissue available for use as energy.

HOW TO ENJOY MATCHA GREEN TEA 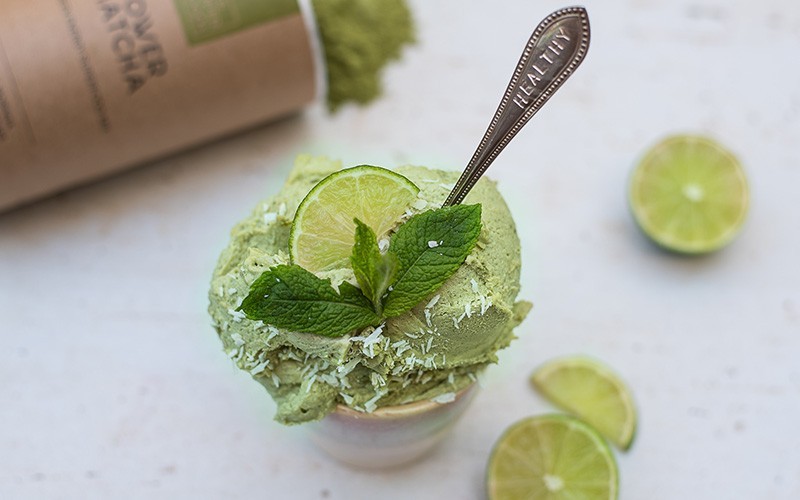 Our favorite way to enjoy matcha green tea is in a matcha latte! We make our matcha lattes with our Power Matcha mix. Not only does it include matcha, which we source from Japan, but also 4 other brain-boosting superfoods and a serving of greens!

Of course, there are plenty of other ways you can enjoy matcha green tea than as a warm beverage. Here are some of our favorite matcha-fied recipes:

Matcha Oatmeal — Instead of a latte, get your morning matcha fix with a bowl of Matcha Oatmeal. We especially love Matcha Overnight Oats during the summer — matcha without the heat!

Matcha Pancakes — What do you get when you combine matcha with pancakes? An amazing brunch that will keep you energized and focused all day long!

Matcha Guacamole — Guac is already extra, so why not add some extra nutrition with matcha.

Matcha Ice Cream — Ice cream is always a good pick-me-up, but add a little matcha to the mix, and it’s even better!

If you’re looking for a healthier alternative to coffee, matcha may be just what you need! Not only will you be consuming natural caffeine, but matcha also has some amazing health benefits that you won’t find in your morning cup of joe. 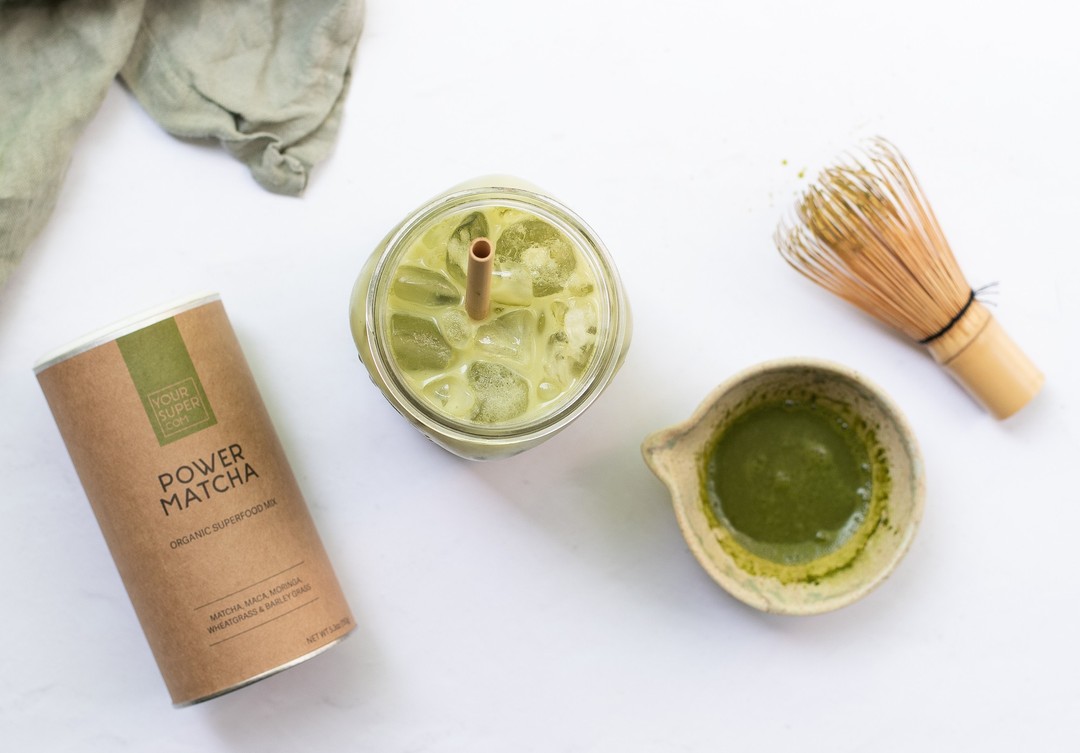 DITCH YOUR COFFEE FOR POWER MATCHA!

Optimize your focus and productivity without the jitters and energy crash!