Having a strong immune system is more important today than ever before. But did you know certain habits could be weakening your body’s biggest defense mechanism? Here’s how to boost your immune system with food. 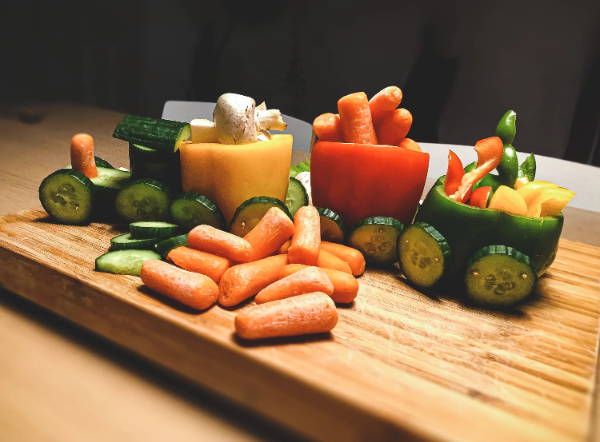 It’s the one season parents, doctors and teachers dread the most. I’m talking about cold and flu season. Cold and flu season starts as early as October and lasts as late as May, with its peak being between December and February.

Every year we hear the same thing. We’re told to wash our hands, disinfect surfaces and cover our mouth when coughing or sneezing. (And right now, social distancing, wearing a mask and staying home are even more important to preventing the spread.)

But what can you do to prevent or decrease your chances of getting sick or coming down with the cold or even the flu? The solution isn’t found in a bottle or in a pill. It’s what’s on the inside that counts and that’s a strong immune system.

What is the immune system? And why is it important?

Think of the immune system as your body’s personal bodyguard! It’s your body’s defense against disease and infections and it’s vital for your survival. The immune system’s primary role is to protect you against anything that threatens your health, like a virus, bacteria, and other pathogens. It also helps your body recover after it’s been injured.

The immune system is highly complex and made up of multiple cells, organs and tissues. It also includes skin, bone marrow, the bloodstream, the thymus, the lymphatic system, the spleen and mucosal tissue.

So why do elderly people have more fragile immune systems? Science is still trying to understand the effects of ageing on immunity. However, as we age, so does our immune system and it slows down its response. Also, elderly people may respond well to viruses they’ve been exposed to, newer ones are more dangerous.

6 things that weaken the immune system

Everyone’s immune system is different; no two immune systems are the same. We all know at least one person who gets sick at the drop of a hat and another person who never calls in sick.

But research shows there are certain factors that can negatively impact on your body’s immune response. And if your immune system is weak, that makes you more vulnerable to infections, like the flu or common cold.

Too much stress is bad for your immune system. In a study published by the American Psychological Association, long-term stress (also known as chronic stress) weakens the immune system. Even worse, too much stress can cause an abundance of cortisol in your blood, which opens the doors for inflammation and infection.

Getting a good night’s sleep is more important than you think! In a German study, researchers found that sleep can actually improve immune cells known as T cells. (T cells play an important role in your immune system; they’re the cells that recognise and kill dangerous bacteria.) When comparing the T cells of healthy volunteers who either got a full night’s sleep or stayed awake all night, the participants who slept had higher levels of integrin activation in their T Cells than those who stayed awake.

Not only does smoking increase your risk of infections and cancer, it also lessens the response of the immune system. One study found that smoking cigarettes alters the development and function of T cells (the cells that fight off infection)!

If you drink frequently, you may be more susceptible to catching the cold or flu. This is because chronic drinking weakens the immune system. Daily alcohol consumption can impair mucosal immunity in the gut and low respiratory system.

Multiple studies show a direct relationship between exercise and the immune system. Moderate exercise can have anti-inflammatory effects and improve the function of immune cells. But too little exercise can actually depress white blood cells, leaving an “open window” to bacteria and infection.

Researchers from the University of Bonn found that eating “junk food” can actually cause your immune system to act as if it’s responding to bacterial infection. An animal study tested the effects of a western diet (high in fat, high in sugar, low in fibres) in mice, and found that this caused them to develop a strong inflammatory response – this drastic increase of inflammation can accelerate the development of certain diseases such as diabetes, arteriosclerosis, and Alzheimer's Disease.

How to boost your immune system with food 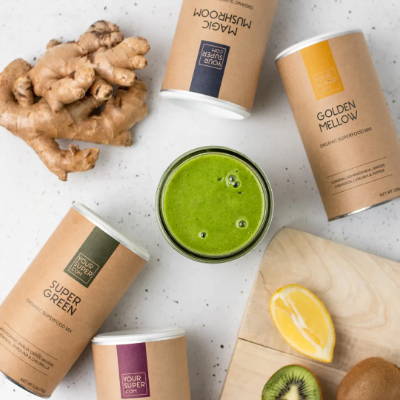 In addition to not smoking, reducing your stress and getting enough sleep, good nutrition plays an important role in the health of your immune system. T cells need nutrient-rich whole foods to function properly and initiate effective responses against pathogens. This is because the majority of immune cells live in the stomach.

By eating the right amount of fruits and vegetables, you’re actually fueling your immune system and making it stronger. But which foods contain the most immune-boosting superpowers?

Here’s a list of nutrient-rich superfoods that can help boost your immune system.

This blue-green algae is one of the most nutrient-dense foods on the planet! It’s rich in phytonutrients, copper, iron, manganese, potassium and B vitamins. And thanks to its high levels of antioxidants, it’s a natural anti-inflammatory. Spirulina is mostly found in powder form, like in our Super Green mix.

Like spirulina, chlorella is a green algae superfood! Chlorella is rich in antioxidants, omega-3 fatty acids, vitamin C, zinc, magnesium and much more. A 2012 study published in “Nutrition Journal” showed that immune cell activity improved after taking chlorella tablets for 8 weeks. You can find Chlorella in our Super Green Mix!

This golden root has powerful immune-boosting properties! Turmeric has high concentration of curcumin, a natural anti-inflammatory that signals the immune-system to fight against bacteria and viruses.

Similar to turmeric, ginger boasts many anti-inflammatory compounds and can help protect your immune system. It also contains the bioactive substance gingerol, which can help lower the risk of infections. You can find ginger in our Golden Mellow Mix.

Açaí berries have taken the smoothie world by storm! These “beauty berries” are known for their high amounts of antioxidants known as anthocyanins. Anthocyanins have anti-inflammatory effects and help boost production of cytokines that regulate the immune responses.

Blueberries are high in vitamin C, A, potassium and dietary fiber. But more importantly, these tiny but mighty berries are packed with anthocyanins, which give them anti-inflammatory properties. Because of this, blueberries can help reduce damage to cells and boost your immune system.

The acerola cherry is a tropical superfruit rich in antioxidants. But what makes acerola really stand out is its high amounts of vitamin C. Just 100g of acerola cherries contain 1,700mg of vitamin C! Because of this, acerola is one of the greatest contenders for immune-boosting superfoods! You’ll most likely find acerola in powder form, because it only grows in tropical parts of the world and is highly perishable. Luckily, we’ve added acerola, blueberries and acai to our Forever Beautiful mix!

Functional mushrooms differ greatly in their levels of nutrients but mushrooms such as chaga and reishi have been shown to have a positive effect on your immune system. Both contain active compounds that stimulate white blood cells and protect the immune system from infection. Get the benefits of immune-boosting mushrooms in our Magic Mushroom mix.

When it comes to reducing your chances of getting sick, there isn’t just one thing you should do. Washing your hands, getting enough sleep and reducing stress all play a factor, but what you eat is just as important.

And while there isn’t one food or cure all for preventing the cold, flu or any illness, fueling your body with a variety of nutrient-dense foods and superfoods instead of processed junk food can make all the difference!

From immune-boosting greens and functional mushrooms to superfoods rich in vitamin C, this bundle features everything you need to build a strong immune system! 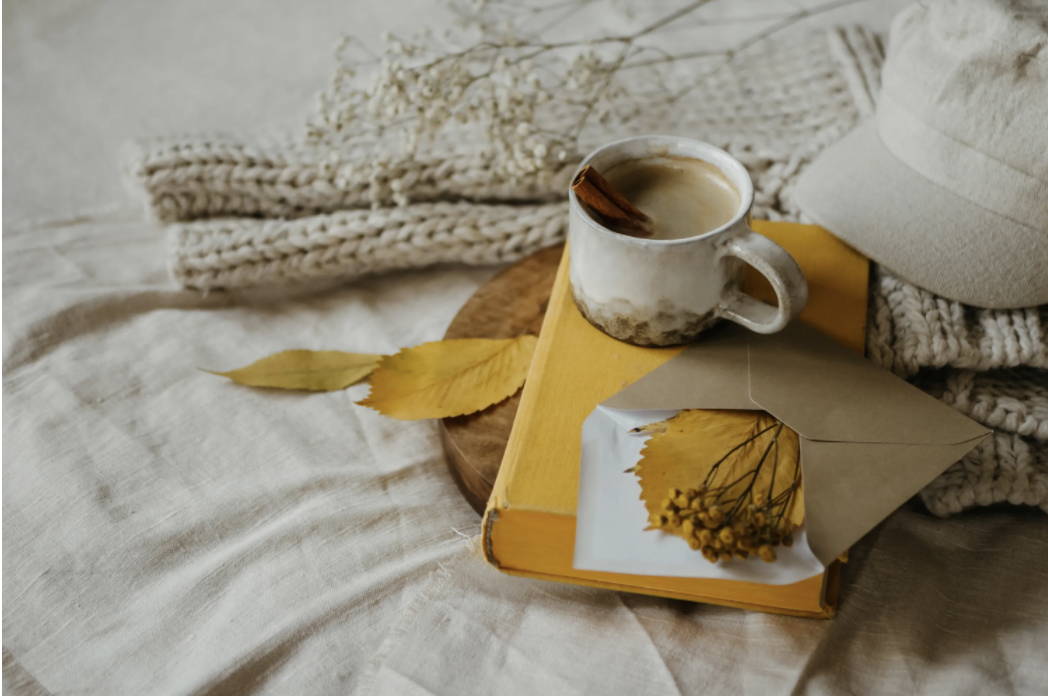 Tips for a healthy autumn 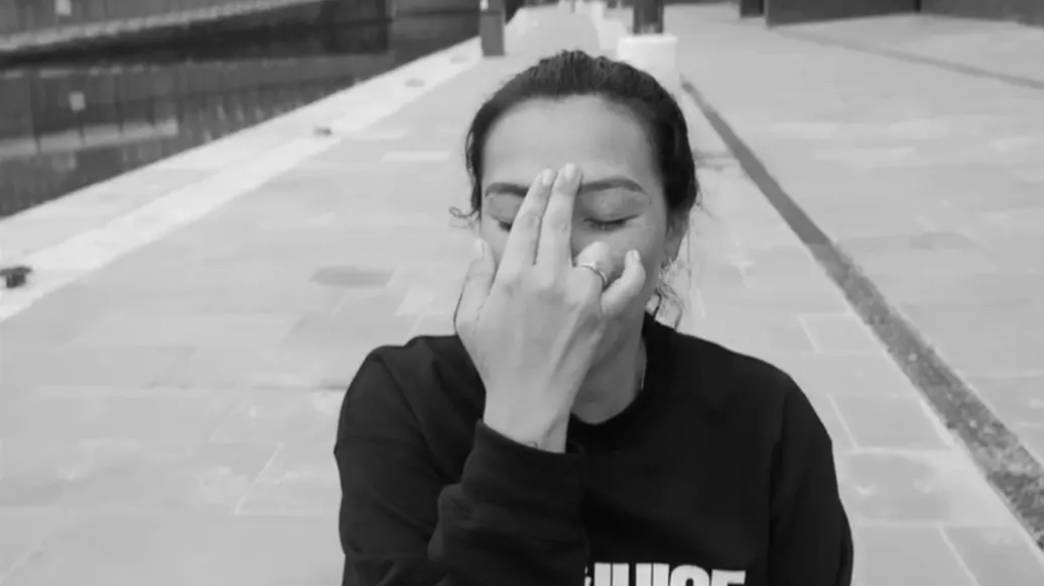 5 tips to help feel calm everyday
(from a yoga teacher) 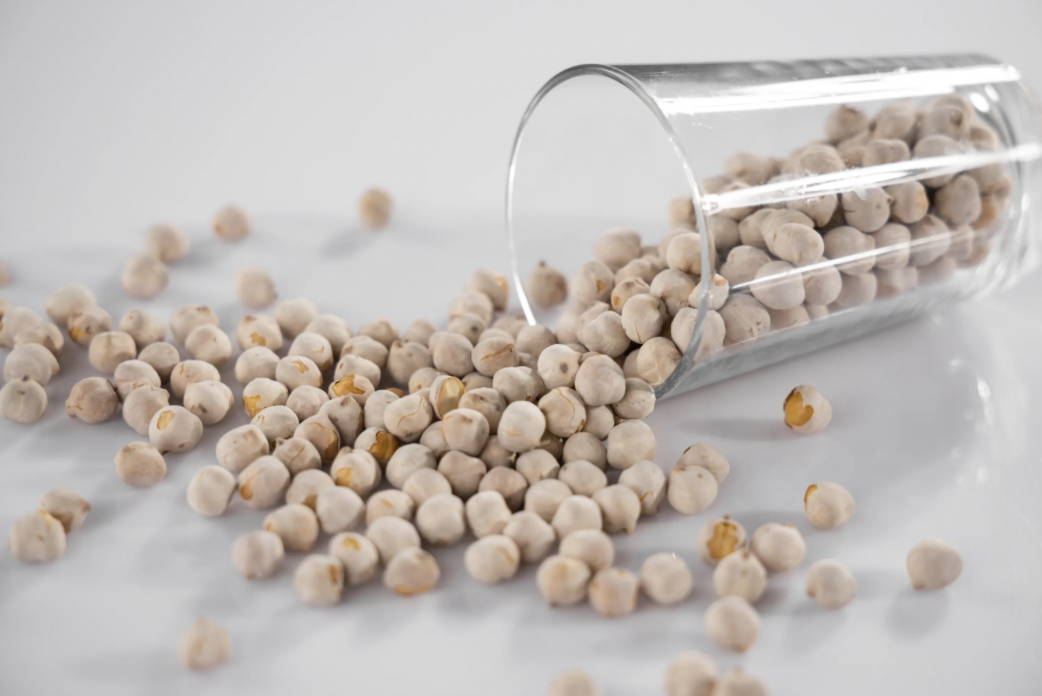 Everything you need to know
about plant-based proteins